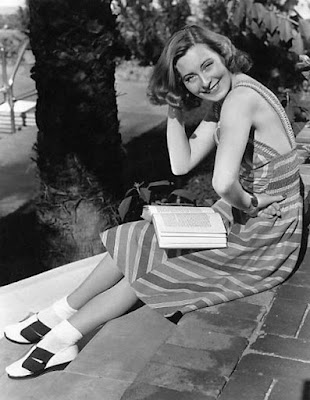 Posted by CyberKitten at 5:01 pm

Email ThisBlogThis!Share to TwitterShare to FacebookShare to Pinterest
Labels: Girls

Michèle Morgan [29 February 1920 – 20 December 2016] was a French film actress, who was a leading lady for three decades in both French cinema and Hollywood features. She is considered to have been one of the great French actresses of the 20th century. Morgan was the inaugural winner of the Best Actress Award at the Cannes Film Festival. In 1992, she was given an honorary César Award for her contributions to French cinema.