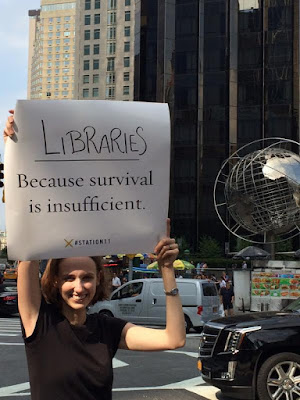 Posted by CyberKitten at 4:01 pm

One reason that I liked Station Eleven was all The Star Trek references. That is a cool sign to have made.

@ Mudpuddle: Pop-culture reference! No one can know even half of them. Most things just go over my head - unless they're Star Trek related!!

@ Stephen: Spoken in "Survival Instinct", the 122nd episode (the second episode of the sixth season) of Star Trek: Voyager.This episode contains the line "Survival is insufficient" (uttered first by Seven of Nine, then by the Doctor).... I *vaguely* remember her saying that. It is indeed regularly mentioned in Station Eleven.

@ Brian: I finished it a few days ago. Excellent read. Thanks for prompting me to *finally* read it! Review (naturally) to follow.