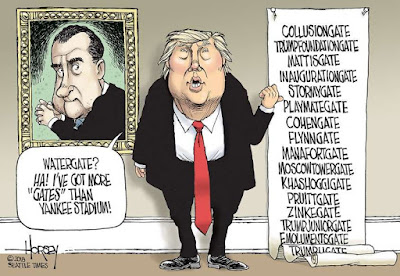 Yet here we are, supporters still saying he is making America great. Dude has had three and a half years...and done shit-all, so...

@ Mudpuddle: I know that they're compared a LOT but I think this is one fight Trump *can* win!

@ Sarah: I'm actually *astounded* that Trump can do so much that would've previously destroyed any other politician. I guess it's because he's got so much silent support in Congress..... Or are people just so overwhelmed by his blatant suckiness that they let it slide because deep down that don't believe this level of self-serving isn't really possible?