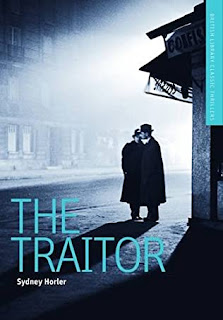 It was the mistake that defined his life and almost cost him everything. On his return to the Western Front in August 1918 Captain Alan Clinton took the opportunity to meet his French lover in Paris before delivering his Secret dispatch to his commanding officer. Unknown to Alan, however, his ‘French’ lover was in fact a German secret agent who had arranged for his wine to be drugged and his dispatch copied. Once decrypted the message allowed the German forces to prepare for an Allied assault with disastrous consequences. Managing to cover up his part in the debacle Alan joined the British Secret Service in an attempt to assuage his guilt and to protect the country he had inadvertently betrayed. Seventeen years pass. Alan’s son, now a newly minted officer in the Tank Corps, is determined to ‘do something’ as his country heads to war with the old adversary. Hearing that a new caterpillar track is being demonstrated in the German capital he travels without official permission and becomes entrapped in an enemy Secret Service plot aimed at his country and his father. When he is discovered by the British and charged with treason who will come to his defence – especially if the cost is his father’s reputation and career.

After enjoying a few of the British Crime Classics that seem to be flooding the market these days I couldn’t really resist picking this up and one other (not by this author) cheaply in my favourite ‘remainder’ bookshop. The author is hailed as something of an institution from the 1920’s onwards and produced works at a prolific rate throughout his life (needless to say I had never heard of him until I saw this book for sale). Although the bones of the story were strong enough to carry the narrative – and actually there *is* a good story in there – the 30’s writing style really didn’t translate at all to the early 21st century. The story was rather overly contrived, the characters were, by and large, less than believable and their motivation questionable at best – although I did think that at least some of their motivations – honour, public face, class – probably meant much more in 1936 than it does in 2020. Some of the characters (actually both of the lead females) were almost believable and were definitely more nuanced than their male counterparts. Overall however this book had dated very badly in the 80+ years since its publication. An interesting enough read in places but not recommended for its general entertainment value.

Posted by CyberKitten at 6:30 pm

i'd probably really like this book as my lit tastes are firmly ensconced in the thirties and earlier...

Interesting premise! I'd assumed from the cover it was recent, but sounds like it's a reprint?

@ Mudpuddle: I've really enjoyed books from the 30's and earlier so I don't think the age of the book is the only factor here. It just seemed so.... clunky.

@ Stephen: Oh, the underlying story was fine and would've made a good book if the writing wasn't so clunky. Most of the characters where actually caricatures which didn't help. There were a few solid characters in it especially the German femme-fatal who was actually rather well drawn. Oh, the cover.... It's the actual cover of the book I read (I make an effort to do that not that I always succeed) but it is indeed a reprint for the British Library Classic Thriller series published in 2015. I though the picture was from a movie of the period but apparently not.

"clunky": great descriptor! i know exactly what that means...

I have liked a few authors from the 30s but generally the writing style is too formal or turgid for me.

@ Judy: There's some pretty good ones out there - I'm a HUGE fan of the hard-boiled detective genre which are solidly in the 30's and 40's. Not a turgid moment to be had in those bad boys... [grin]