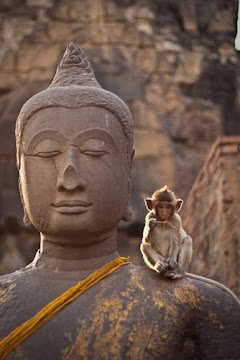 Posted by CyberKitten at 6:02 pm No comments: 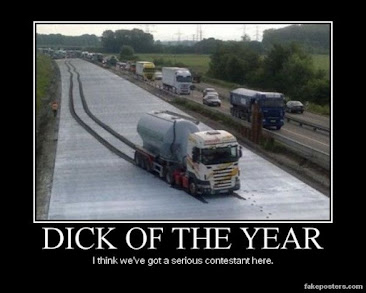 Posted by CyberKitten at 9:01 am 2 comments:

Email ThisBlogThis!Share to TwitterShare to FacebookShare to Pinterest
Labels: Motivational

Posted by CyberKitten at 11:09 pm No comments:

Email ThisBlogThis!Share to TwitterShare to FacebookShare to Pinterest
Labels: Art
Posted by CyberKitten at 6:04 pm 6 comments: 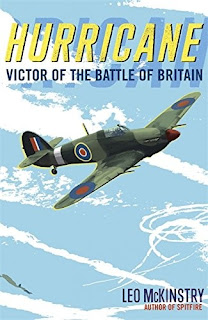 In the mid-1930's in was becoming increasing clear that war with Germany was coming. The question this posed, with Britain still only just recovering from the Great Depression, was what to do about it – and specifically where to spend the scarce resources in rearmament. Arguments raged, and nowhere more heatedly that in the RAF. The majority, the doctrine fundamentalists, where convinced by the long agreed upon argument that the bomber would ‘always get through’ which made beefing up air defences less than useless. A good defence, no matter how good, would never deter an attack. No, the only way to deter Germany was the building of an overwhelming bomber force that could crush its targets with a sheer weight of bombs. Luckily, for Britain's survival and for world history, other voices had the power to make themselves heard. Rather ironically, with the advantage of hindsight, one of those voices was Neville Chamberlain. Before he became Prime Minister in 1937, he was responsible for Britain’s finances and ensured that there was money (never enough but at least it existed) to build a proper fighter defence organisation headed by Hugh Dowding. But what of the fighters themselves?

Like many other nations after the horrors of WW1 Britain had drastically cut its defence spending and especially during the dark Depression years. Home Defence in the mid-30's relied on out-of-date biplanes which could barely keep up with the new generation of light bombers never mind chase and kill them. Something clearly needed to be done and done it was. The Air Ministry sent out for proposals of single engine monoplane fighters and began sifting through applications. Fairly quickly it was decided that one design was the clear winner in all regards – the Supermarine Spitfire. Orders were placed and production of the first operation planes expected at least a year before war broke out. Whilst the Air Ministry and RAF waited, and waited, and waited some more it became clear that all was not well at Supermarine. But what could be done? Other designs had been rejected as unusable or simply unnecessary – like Hawker’s design. The simplicity of mass production really called for a single fighter design rather than introducing the increased logistical problems of having two. However, with the war drums getting louder and the Spitfires still not arriving a decision was made to start producing as many Hawker Hurricanes as soon as possible. A legend, and the backbone of Fighter Command during the pivotal Battle of Britain, was about to be born.

I think, like many kids growing up post-war, I saw the Hurricane as a rather podgy and somewhat inelegant substitute for the much more iconic Spitfire. In many ways it was – it was slower and (generally) less maneuverable but could carry a much bigger offensive armament and could take a LOT of damage and still bring the pilot home. Without it in the fighting line its arguable that the Battle of Britain could have been lost with the faster Spitfires simply overwhelmed by the Luftwaffe. This was a very interesting read and alerted me to a whole host of facts I was completely unaware of – the early production difficulties with the Spitfires for one! The author didn’t shy away from the fact that the Hurricane was increasingly combat ineffective following the Battle of Britain – at least in a fighter role – but had a revived (even if only short lived) role as a ground attack fighter-bomber and very effective early tank buster. I shall definitely be looking out for the authors other works on other iconic aircraft. Definitely a must read for anyone interested in the Battle of Britain or fighter aircraft development.

Posted by CyberKitten at 3:11 pm No comments:

Email ThisBlogThis!Share to TwitterShare to FacebookShare to Pinterest
Labels: Books, UK, Up in the Air, WW2

Posted by CyberKitten at 8:36 pm No comments: 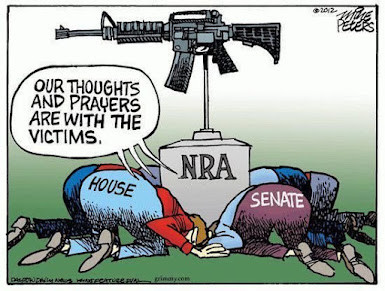 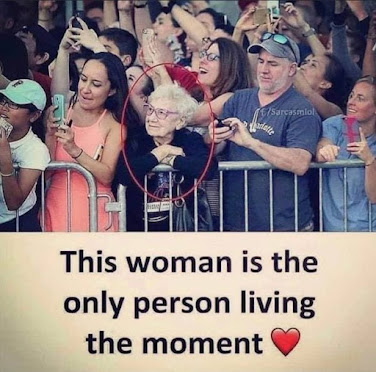 Posted by CyberKitten at 8:57 pm 4 comments:

During my rather callow youth I had a mixed, somewhat ambiguous relationship with classic literature. There was a feeling that I should be reading them, that doing so was important and culturally enriching. The other, sometimes equally strong feeling, was that I shouldn’t bother and that classics, by their very nature, would be boring, difficult and honestly pointless to read. I had tried, growing up, a handful of classics (mostly prompted no doubt by movies or BBC adaptations), but had largely crashed and burned each time. As you can see from my previous listing my early forays into the classics consisted of truly classic SF, a touch of Fantasy and good old Sherlock Holmes. As many people have done over the years, I developed a real love for Conan Doyle’s prose and this, I believe, broke forever the fear of ‘difficult’ older texts. The more classics I read, the more classics I felt that I could read. So, I continued thus...

A Study in Scarlet by Sir Arthur Conan Doyle

The Call of the Wild by Jack London

Cider With Rosie by Laurie Lee

One, Two, Buckle my Shoe by Agatha Christie

Death in the Clouds by Agatha Christie

Evil Under the Sun by Agatha Christie

Elephants Can Remember by Agatha Christie

The Prime of Miss Jean Brodie by Muriel Spark

The Natural by Bernard Malamud

On the Beach by Nevil Shute

Looking back, I’m rather surprised by the number of classics I accumulated over time – still a vanishing small percentage of the whole (and rather ‘obvious’ ones too!) but you have to start somewhere... Part 3 next week.

Posted by CyberKitten at 3:44 pm 2 comments: 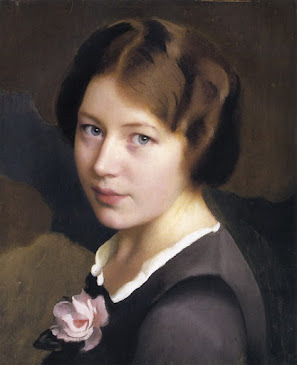 Posted by CyberKitten at 11:24 pm No comments: 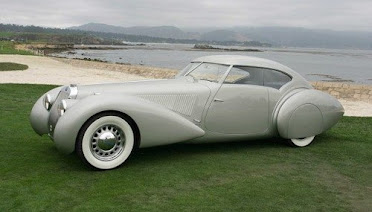 Email ThisBlogThis!Share to TwitterShare to FacebookShare to Pinterest
Labels: On The Road 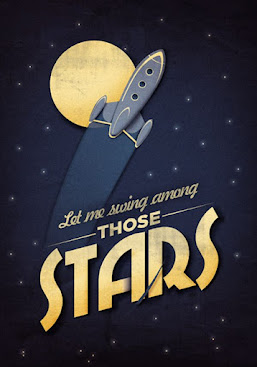 Posted by CyberKitten at 10:28 am No comments:

Email ThisBlogThis!Share to TwitterShare to FacebookShare to Pinterest
Labels: Poster, To Infinity 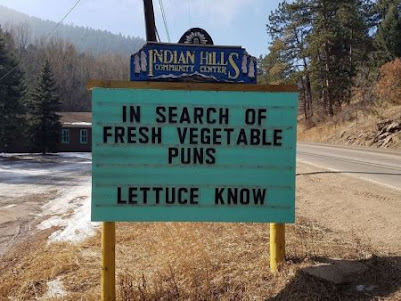 Posted by CyberKitten at 8:05 pm 2 comments: 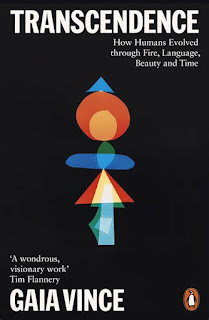 A great many events, accidents and preparation made us the global species we are today. Without them we would still be the minor hominid we were for most of our existence. Indeed, without the ‘luck’ of the asteroid impact 65 million years ago that led to the ultimate demise of the dinosaurs we, as the species we know and love/hate, wouldn’t be here at all.

In this fascinating look at the very earliest history of our species the author looks at 4 themes that have influenced our evolution: Fire, Language, Beauty and Time. Fires seems to be the most obvious factor that made us so formidable in the survival stakes. We saw it naturally occur and clear large areas of brush and imitated it to startling effect (so much so that regular burning of scrubland led to the greater expansion of grassland that favoured vast herds of herbivores), we corralled it and used it to cook our food – making it both more edible (leading to an increase in brain size which increased our overall survivability) and greatly reducing the impact of parasites – and we used it to produce the first pottery which allowed us to store and transport food and liquids vastly more easily. Later fire allowed us to extract the first metals and produce (at first) crude weapons and cutting tools which increased our power even further. All of these advances fed into each other in positive feedback loops driving our evolution forward and forever separating us from our less able primate contemporaries.

Fire also allowed us to protect ourselves against predators and changed the way we spent the dark dangerous nights. Rather than up in the trees away from predators we stayed on the ground, huddled around the fire, and talked to each other. Language developed as a tool for social interaction, social grooming, social bonding. We became better organised, better coordinated, able to hunt in teams with an understanding of what we hoped to achieve, powered by imagination and foresight.

On our hunting trips we saw things of beauty and, if possible, brought these beautiful things back to the group. Shell necklaces have been found in graves and caves going back to the very dawn of mankind. Possibly worn as status symbols and certainly traded across hundreds of miles – shells with bore holes for various types of cord have been found a LONG way from any coast – things of natural or enhanced beauty were probably the foundation of trading systems.

No doubt as we looked at the sky, we quickly saw patterns in the movement of the sun, the phases of the moon and the sweep of the night sky. We learnt to discern the days, months and seasons knowing when to plant, about tides and we began predicting events such as migrations of prey animals and much else besides. Knowledge of time led to questions about causes and speculation led to experimentation.

The above hardly does justice to this total gem of a book. Despite its comparative shortness there’s a LOT packed in here covering millennia and the whole planet. Not only did I discover (or become reacquainted with) an updated view of humanities earliest times but the beautifully written text left me (again) fascinated with the whole subject – so brace yourself for more of this sort of thing! Definitely one of the best evolution/anthropology books I’ve read to date and definitely the science highlight of the year (so far!). A MUST read for anyone interested in humankind and the processes behind what made us the species we are today. Very highly recommended.

Posted by CyberKitten at 4:12 pm 4 comments: 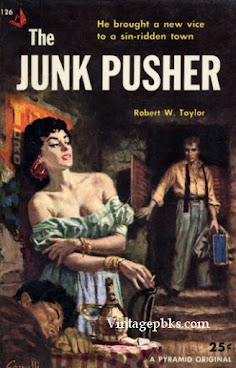 Posted by CyberKitten at 11:02 pm No comments:

Email ThisBlogThis!Share to TwitterShare to FacebookShare to Pinterest
Labels: Pulp 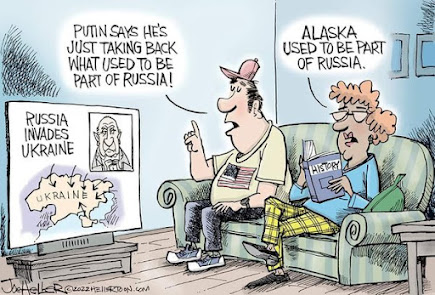 Posted by CyberKitten at 9:34 am 9 comments: