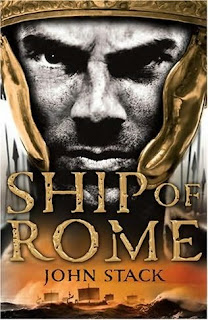 The – 264BC. is consolidating its hold on the Italian mainland and is looking to expand further. The is an obvious target. Playing one city off against another, the implacable Roman legions have managed to occupy half of the island but their hold is tenuous at best. Dependent on supplies from the mainland they are vulnerable and know it. Determined that will not be another Roman province the regional superpower strikes at the very vulnerability they know will cause most damage and destroy the Roman merchant fleet in a daring attack. is left with an apparently insurmountable dilemma – how can they build a fleet and defeat the Carthaginian navy before their legions on starve. Only one alternative is open to them. They must build the fleet and develop new tactics to defeat the best navy in the world – all in a matter of months. is confident that such a plan is doomed to failure – but they have yet to understand the Roman way of things.

I have had a ‘thing’ about for as long as I can remember. Despite all of the bad press they inevitably receive about slavery, the gladiatorial games and their imperial ambitions there is still something glorious about the idea of . Set in the early days of the republic before became the empire it was destined to become this novel brings out that ‘can do’ attitude that surprised and terrified all who opposed them. Most of the regional powers of the time would have taken the Carthaginian attack as the end of their ambitions. , of course, saw it as a challenge – rightly seeing it as a make or break situation. At the centre of the story are two friends, one of Greek descent who captains a fast trireme as part of the Roman coastal defence fleet. The other is a captain of marines and ex-legionary whose job it is to board and defeat the enemy on his own ship. Whilst in itself two Senators scheme and bribe their way into positions of power to manipulate the upcoming battles. Of course an important place in the narrative is reserved for the triremes themselves. These ships, normally powered by the sweat of slaves, are truly awesome pieces of ancient technology loving described by the author as they engage in battle against forces superior in every way. It is both numbers and ingenuity that will win the fights ahead and the Romans have both. So starts the First Punic War and the rise of seen from the Senate house and from the blood soaked decks of the ships that will build an empire. Full of strong characters and breath-taking action sequences this was a highly entertaining novel. I’ve already bought the sequel – oddly enough not available in paperback from Amazon – and will be reading it fairly soon. I just need to know what happens next!
Posted by CyberKitten at 6:12 pm

Sounds excellent! The only Roman fiction authors I know of only do mysteries.

I am of course not counting Turtledove's "Give Me Back my Legions", which was more about the Germans than the Romans.

It was very good - hence me rushing out to buy the next installment. I enjoyed the change to naval warfare (also loving that in Sharpe's Trafalgar) so will be looking out for more of that too.

There are lots of Roman books out there. I think I probably have 20 or so without really trying.