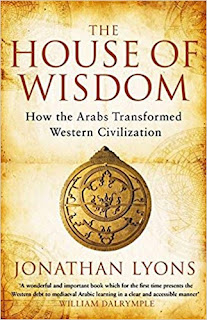 With the collapse of the Roman Empire (in the West anyway) Europe entered the euphemistic Dark Ages which were not quite as dark as most people think. But progress of any kind became glacial to say the least. Some innovations did emerge but, generally, knowledge was based around fragments of Greek and Roman literature that met the approval of the Catholic Church – pagan knowledge that called into question (or potentially did so) the teachings of the Church on any subject was either ignored or, occasionally, strongly preached against. Generally this was effective enough to limit the spread of new or heretical ideas. Then came the First Crusade….

The object of the Crusades was at least two, if not three, fold: to redirect martial aggression away from internal European wars against an exterior enemy (Islam), to bind the temporal and secular authorities closer to Mother Church and to reclaim Jerusalem from the Infidel Muslim occupiers. Most Crusade’s failed spectacularly in all these aims but they did result in one substantial increase at least – trade. Throughout the region trading centres sprang up – partially to aim pilgrims to the Holy Land – which filtered exotic cloths, spices and other valuable items to the rich and powerful in the West. Along with everything else came ideas and books in Arabic, Greek and Latin. At first it was a trickle. Forward looking academics, plus more than a few chancers, made the hazardous journey to Constantinople, Antioch and other destinations looking for volumes on Astrology, Medicine and the new subject of Alchemy. Along the way they found books on celestial navigation, mathematics and another new subject – algebra. Some of the works were the Greek and Roman classics lost to the Fall of Rome and thought lost to time itself. Missing works from Aristotle and Plato began arriving back in personal and University libraries across Europe were scribes immediately began copying them.

But there was more, much more, than lost tomes. The Arabs had been studying these texts for centuries and had been commentating on them, expanding them and, where required, correcting them. But there was more, much more, than commentaries on Plato. There was new discoveries, new insights, new methods and whole new areas of study completely unknown and undreamt of in the West. At first these books, these ideas were curiosities. They were ideas that could be taken down, examined and put back. But some scholars started making their own commentaries on the new Arabic ideas and discussing what had already been discovered and began speculating on what was yet to be found. By the time the Church began to notice the shift in the academic currents it was already too late. Suppression failed time and again, banned books still found those willing to read them and willing to copy them. The rich and the powerful throughout Europe wanted the books and the leading intellectual lights of the day at their courts and paid handsomely for the privilege. Once that had happened there was no going back. After centuries of slumber the European colossus was waking up and with the Arab knowledge coursing through its veins would reach across the globe.

Its common knowledge that knowledge held by the Arabs kick started the European Renaissance in the 15th Century. What I didn’t realise was that this knowledge not only encompasses texts lost from European libraries and returned or reclaimed by the West but consisted of a significant portion of new Arabic knowledge. These days such a mass plundering of foreign ideas would be called cultural appropriation. Not only did the West adopt Arabic numbers (as well as the Hindu idea of zero) but also ways of manipulating numbers (al-gebra), mapping the skies and the use of navigational instruments such as the astrolabe. Although a little dry in places this is still a fascinating look at the massive influx of knowledge and technology through trade with the Middle East and the ‘Reconquista’ of Spain. If you’re interested in how Europe broke out of the Dark Ages this is definitely a book for you. Recommended.

Great review of what sounds like a fascinating book. It reminds me of Aristotle's Children by Richard E. Rubenstein. I've been interested in this topic since studying the history of science in college.

It's a VERY interesting period James. I can't help wondering how things would be different if this information transfer hadn't happened - plus why Islam finally turned its back (seemingly) on all of the knowledge and speculation generated during this time.

Adding this one to my list. It seems like if we take the long look at human civilization, the tendency is to muddle through.

It seems that throughout history there's a small number of people trying to mess things up, an equally small number trying to fix things and the rest of us just wanting to get on with our lives with minimum fuss.... 20K years of history in a nutshell!