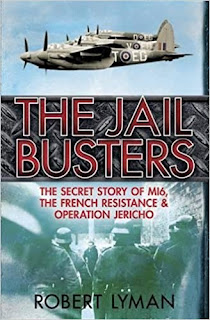 Europe, Early 1944. Liberation is Coming. All along the South Coast of England a vast Armada is being put together to transport the men and equipment for the largest amphibious operation in history. Each day aircraft of the RAF and USAAF attack railyards, transport hubs and other strategic targets to slow or prevent counter attack. Each night agents of the SOE, OSS and DGSE rely on dropped equipment, agents and other assistance in their joint operations with the French Resistance, and lately a new menace has appeared – launch pads for rocket weapons have been appearing across Northern France in preparation for ‘Vengeance’ attacks against London and the south coast. Located by aerial reconnaissance and by elements of the French Resistance they are regularly attacked by ground attack aircraft and light bombers such as the Mosquito. But the Germans know that Liberation is coming too. They have no idea where the hammer will fall or when but they do know it will be somewhere on the French coast and that it will be soon. They are also aware of the importance of eyes on the ground and have been operating in overdrive to sweep up as many French Resistance units as possible prior to invasion and they have been very successful in their endeavours. Hundreds of these fighters, labelled as terrorists by the Germans, are being held in Amiens prison awaiting deportation or execution. In January 1944 a cry for help went out to MI6, their main British ally, to help. The RAF was happy to respond. On the morning of 18th February 1944 a force of 19 Mosquito fighter bombers took off in a snow storm and headed at wave top height for the French coast. Their mission was to breach the prison walls in Amiens allowing the escape of highly valued and much needed Resistance fighters. Less than three hours after taking off the surviving 17 aircraft landed back at base after successfully attacking the prison, flying at close to 300mph at rooftop level. The walls came down and many escaped that day in 1944 in one of the most daring bombing missions of the war. 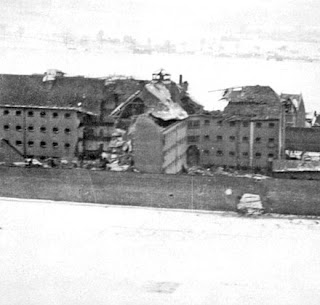 Told with great detail and from multiple viewpoints – including the RAF planners and pilots, MI6 HQ, French Resistance leaders and even some of their opponents in France (both Germans and some French collaborators) – this was an exciting tale of a little known and highly unusual mission by the RAF. Such a thing would never have happened without a whole host of elements coming together in the right way and at the right time. Although highly successful in many ways this wasn’t a mission without casualties. Whilst only the prison itself was hit by bombs – except I think for a nearby church that was struck by one bomb that pierced the prison wall (which was expected to be stone rather than the brick it actually was), bounced on frozen ground and ‘skipped’ through the church without exploding – several of the buildings did collapse and a significant number of prisoners were killed. Two of the tacking aircraft were lost in the attack and at least two of the crew were killed. However, many of the Resistance fighters did escape and the attack itself was both a huge morale boost to the French and a disaster for the German security forces who lost much of their intelligence in the subsequent Resistance reprisals. With insights into Resistance operations in France and the assistance of British, US and even French secret services (a fact I was unaware of!) as well as interesting digressions of the RAF dealing with the V weapon threat this was an excellent read which brought to light pre-D Day elements hardly ever discussed elsewhere. Recommended for anyone interested in these topics. More on the V weapon response (Operation Crossbow) and from the author to come. 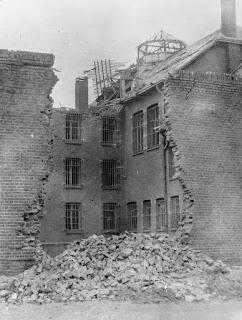 Posted by CyberKitten at 6:49 pm

Email ThisBlogThis!Share to TwitterShare to FacebookShare to Pinterest
Labels: Books, Espionage, France, History, R4, Up in the Air, WW2

sounds like it'd make a great movie... or maybe it did?

@ Mudpuddle: No movie that I know of - but it'd make a great one I think!

I've heard of commandos in WW2 before, but never against the rockets. Cool find!

@ Stephen: I have a book about the RAF mission to combat the rocket launching sites if you're interested..... [grin]

I can imagine that there are hundreds of stories like this that will never be told. You see glimpses of them sometimes in other works - mentioned in passing....