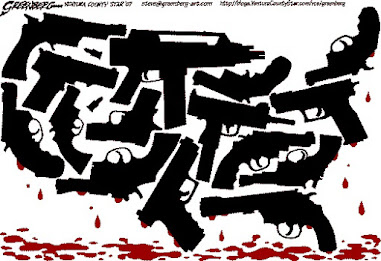 Posted by CyberKitten at 9:56 am

I don't see it ever ending. Gun and ammunition sales make too much money for those in power.

it's all john wayne's fault...

@ Mike: I can't see it changing no matter how many or who gets killed. It's one of the MANY things that I struggle to understand about the US. It's definitely cultural rather than merely economic though. What 'gets' me (and I think the rest of the West) is how the US can tolerate 230+ mass shootings in the first HALF of the year. I can't imagine ANY other country tolerating 20 or more than 2 actually........ Even those who promote gun 'safety' (I think everyone noticed when it stopped being gun control and started being gun safety because 'control' was too much of a trigger [ha!] word) go into the argument assuming/predicting/expecting that they'll lose the simplest of requests.

@ Mudpuddle: You're on to something there. Culture!

It's fucking ridiculous. Absolutely insanity. And it will never be fixed. I hate this so much.

eventually it WILL be fixed, one way or another

/me eats popcorn and pets his shotgun