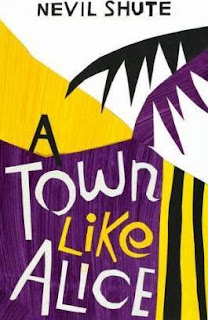 It seemed like the ideal solution. With her knowledge of the region and ability to speak the language well her recruitment was almost certain. Then, of course, there was the war. Being thousands of miles away in Malaya would not only remove Jean from the bombing and privation of London under German bombing but would be safer all round. No one thought that the Japanese posed any great threat to British holdings in the area. No one thought that they could move that fast or that the British and other European holdings in the area would fall so swiftly. Once the wave of Japanese conquest washed over Jean and her fellow female refugees there was only one thing uppermost in everyone’s mind – survival. To survive they had to adapt and some just couldn’t do that. As much as she tried and as much as she would have wished to Jean couldn’t save everyone. But wars end and with peace comes a new reality. Back in England Jean discovers that she has been left an inheritance that could transform her life. What she wants, what she needs to do, is to give something back to those who helped her and her fellow refugees survive in Malaya. Her journey back is both painful and healing in ways she could hardly have imagined from her office in London and it is in Malaya that she discovers something else – something that will change her life and the lives of so many others – the man who might have made the difference between hope and despair is alive. Her only thought, her only wish, is to find him.

Rather weirdly I thought this was a completely different story – actually TWO completely different stories – than the one it actually turned out to be (yes, I’m that switched on with Classic literature!). First I thought – for some reason – that it was Ice Cold in Alex rather than the actual title. Then, when I realised my mistake, I thought it was going to be a story of hardship and survival in a women’s PoW camp much like one of my mother’s favourite 1980’s TV series ‘Tenko’. What it actually turned out to be was a brilliantly told love story between Jean Paget (who I honestly fell in love with myself) and her Australian ‘saviour’ during the war. Told partially through the eyes of an English lawyer overseeing her financial affairs (who ALSO fell in love with the delightful Jean) and then mostly through the eyes of Jean herself this was a story of an amazingly resilient young woman who never took ‘no’ for an answer – and who certainly never assumed that something just couldn’t be done without a bloody good reason (and she’d give it a go anyway!) – changing lives for the better wherever she went because of her sheer dogged persistence. Not only was this excellent novel a delight to read from the very first page it also gave fascinating insights into Malaya (both from the PoV of the colonial administration and the local people) and into 1940s/1950s Australia. You could learn a lot about ranching in the outback from this book! Needless to say I was VERY impressed by this book. This is only my second Shute novel (the first being the end of the world classic ‘On the Beach’) and it most definitely won’t be my last. After this experience I want to read everything he’s written. Don’t be put off by the fact that this is essentially a love story, it’s quite brilliant. Highly recommended if you want to be completely immersed in a deservedly classic novel.

Posted by CyberKitten at 3:34 pm

i've read many of his books and never been disappointed... but not this one. i saw the movie, tho, does that count? lol

Trustee of the Toolroom was great, i thought...

I already have a few of his (almost accidentally) to be read. His choice of subjects is interesting - coming from his profession and all that. PLENTY to choose from though!