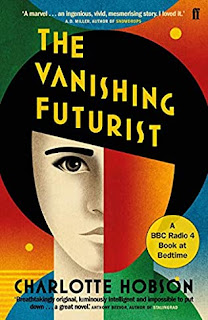 Moscow, 1918. She knew that her parents would never approve which, she was honest with herself, was one of the driving forces behind her decision. She could have taken up the role of governess anywhere but Gerty Freely wanted something more exotic. So, when a posting to a family in Russia was advertised, she jumped at it. On her arrival in 1914 the initial culture shock was, indeed, quite shocking. But after coming to terms with the odd family dynamic and, slowly, learning the language she starting settling in. With the advent of war she was strongly advised to return to England, but the activities of German U-boats persuaded her to stay. Even as Revolution began to seem a real possibility, she could hardly abandon the family she had grown to love in their hour of most desperate need. What she never expected was how closely she found herself identifying with the revolutionaries who, right in front of her eyes, were building a new world and shaping themselves into people fit to occupy it. Even as conditions worsened day by day and the country fell into a brutal Civil War she still wanted to be a part of the commune set up by the charismatic scientist Nikita Slavkin – the now famous Vanishing Futurist. But Gerty is one of the few people who knows exactly what happened to him in those dark and turbulent days and, looking back from the 1960’s, begins to tell her daughter the story of her Revolution.

This was yet another one of those books I picked up because of the cover – which I loved. Plus, it was out of my general reading ‘comfort zone’. I was not disappointed. Told almost exclusively from Gerty’s point of view (a very interesting and well-formed character) this was a microcosm of Russia’s descent from Monarchy to revolution to chaos during World War 1. From what I’ve read elsewhere, and in particular the works of Helen Rappaport, the author really knows what she’s talking about here. The descent from moderate gentility to at first a rather idealistic but naïve commune to the harsh reality of Communist rule (and misrule) under the Bolsheviks was quite something to behold. The fervour of those involved was very believable. The wanted, indeed needed, to believe that their actions and the hardships they were living through must be for something greater than themselves. Even when forced to eat animal feed – it was that or starve – and burn outbuildings and even interior doors and furniture to keep from freezing in the winter they still believed that their course was the correct one and jumped on any dissent with both feet. I think that was the most interesting aspect of the whole very well written novel – getting into the mindset of people who were literally starving whilst defending the very situation that was causing their starvation. If you’ve ever wondered how people can live through revolutionary times and come out the other end still being true believers then this book might give you some insights. Although not as amazing as I thought it would be at the beginning this was still a very worthwhile read and I can see what it was nominated for an award on publication. Recommended.

Posted by CyberKitten at 3:30 pm

Email ThisBlogThis!Share to TwitterShare to FacebookShare to Pinterest
Labels: Between, Books, Historical, R4

This does sound good! I've read very little about the Russian Revolution, so I'm sure I would find it interesting. I'm glad you enjoyed it, even if not as much as you'd hoped to at first.

It's definitely worth your time. I think you'll probably enjoy it quite a bit. I thought it was very well grounded in actual history - at least what I've read about it so far.