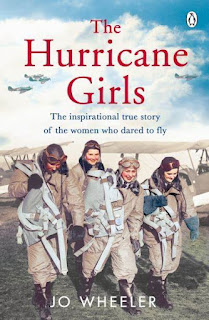 It seemed like a reasonable request, a reasonable offer. But the idea of women flying to aid Britain’s war effort was too much to ask, a step too far. Anyway, it was argued more than once, women where temperamentally unsuited for such things. Flying, most especially in wartime, was a man's job. Reality, and most especially the base reality of simple logistics, had other ideas. Aircraft had to be delivered from factories and other locations to training bases and frontline units. Britain didn’t have enough male pilots to spare to ferry them. They were, primarily, required for combat duties that everyone agreed definitely could not be filled by women pilots – no matter how good. But air-taxi drivers and deliveries? Women could do that, right? With much grumbling and a fair bit of bad grace it was decided that, yes, women could fly in wartime.... But....

There’s always a but... The women would be under military supervision but would hold no rank or have any authority and they would wear regulation uniforms, including skirts of regulation length. Naturally this was highly impractical. Flying an aircraft in a skirt was bad enough but getting in and out of one – especially the older trainers was impossible. Again, with much grumbling, the female pilots were allowed to wear regulation trousers whilst in flying duty. Initially they were only allowed to fly trainers and only if they had 600 hours flying time accrued (which was FAR in excess of that required by male pilots performing the same duties) and finally they would be paid 1/3 less than their male compatriots. Wanting to ‘do their bit’ the first batch of female pilots agreed – even (at least initially) to the reduction in pay. So began the influx of women into the Air Transport Auxiliary.

In the years that followed the flying hours threshold dropped, dropped again and was finally abandoned all together – they'd learn to fly on the airfields they were based at. The trainers gave way to transport planes, then fighters and finally heavy bombers. After years of pressure, they even achieved equal pay – a first for the time. The pilots also risked their lives on a daily basis – from bad weather, faulty equipment (most of the early planes had no radios or navigation equipment), barrage balloons, trigger happy anti-aircraft gunners and even the odd enemy plane! Pilots died in accidents or simply vanished, never arriving at their intended destination. It was most definitely not a soft option.

Told with obvious love of the subject this was an interesting, if at times somewhat ‘thin’, look at an often-overlooked aspect of wartime Britain. The Air Transport Auxiliary provided a much-needed service providing aircraft where they were required to enable the continued prosecution of the war effort. More on this subject to come.

Posted by CyberKitten at 3:40 pm

Email ThisBlogThis!Share to TwitterShare to FacebookShare to Pinterest
Labels: BoB, Books, History, UK, Up in the Air, Women, WW2

This sounds like a great story! I'm sure these women were amazingly strong - I can only imagine the conditions they had to cope with. Not just the flying aspect, but the overall environment. I've got a lot of respect for what they did. I'm looking forward to seeing what else you have lined up on the subject!

At least to start with there seems to have been lots of inconveniences and pointless barriers - like the old excuse of having no suitable toilets. Some airbase commanders wouldn't allow women in the Officers Mess despite them being treated as officers and some administrators refused to recognise them as 'real' pilots saying that they couldn't accept paperwork from 'passengers' and wanting to know where the actual male pilot was! At least they got the pay sorted out - eventually.

I started looking for and reading this sort of thing after chatting to a friend @ work. She was lamenting the lack of female heroes. I told her that there were hundreds if you took the time looking for them. Of course if you're looking for male heroes you trip over three of them just by turning round but still, stories of women heroes are out there. Many more such stories to come...

I've read a lot about early aviating women. Sounds like another addition to the wanna-list list. :D

It's a reasonable read. The author is clearly not a historian but she makes a pretty good effort. I understand that the US had a similar programme with female pilots flying B-17's across the Atlantic to UK bases....

I have one more book about this particular subject to come as well as one about female Russian *combat* pilots in WW2.

Ooh! I've got a novel in that vein waiting for me to read it. Someone donated it to the library bookstore and I snapped it up.

I'll look forward to your review. As you know I'm always up for interesting & different things to read!