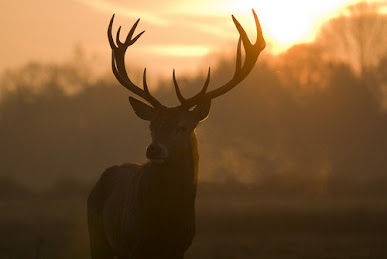 Posted by CyberKitten at 2:06 pm

Beautiful but dangerous, if you drive country roads at night.

We've had a few run in front of us over the years! Hitting one would've *totally* wrecked the car!! FAST buggers when they want to be though... [lol]

There are still deer in England? I thought all the woods were gone and replaced with places like Slough.

LOL - Oh, there are *plenty* of deer and other things around - foxes, badgers, even beavers in Scotland. There's talk every so often of releasing wolves - again in Scotland, but then the country is basically empty so.....

How on earth do you know about Slough? I didn't realise its 'fame' had reached across the pond!!! [lol]